One of the main mistakes that people make is taking DUI offenses lightly. If you’re convicted, you risk harsh penalties such as jail time and long-lasting effects like high auto insurance premiums. You could even have your driving license suspended.

This is why you should never underestimate the power of an aggressive Atlanta DUI lawyer. They will use their extensive experience to craft a strong defense to help you beat your charges. Law Offices of Matthew C. Hines, we understand how terrifying it is to be charged with a DUI. This is why we stop at nothing to get you the best possible outcome. Our team of skilled lawyers analyze the unique details of your case and fight tirelessly to get you the best possible outcome.

If you or a loved one has been charged with Atlanta DUI charges, here’s a quick guide into everything you need to know.

A QUICK OVERVIEW OF GEORGIA DUI LAWS AND PENALTIES

According to the National Highway Traffic Safety Administration, an average of 28 people die daily in the US due to drunk driving accidents. This translates to about 1 person every 52 minutes! With such shocking statistics, it’s no wonder that DUI charges are a serious offense in the country.

If your driving abilities are impaired in any way due to drugs or alcohol, you’re considered to be driving under the influence. This is sometimes referred to as a “DUI-less-safe.”

There are 2 main ways you can be convicted for a DUI in Atlanta;

It’s important to note that in Atlanta, a DUI conviction also applies even if you were not drunk, but there were trace amounts of marijuana or any illegal drugs in your urine or blood.

Georgia DUI laws are harsh on the driver, which is why you should hire a seasoned Atlanta DUI attorney. If you’re convicted of a DUI offense, you risk:

Most DUIs are considered misdemeanors, but they become felonies if you flee the scene, cause serious bodily harm or death of a victim or have 3 or more DUI convictions within a decade.

TYPES OF ATLANTA DUI CHARGES THAT WE HANDLE

Our DUI attorneys are well versed with the relevant laws and have the skills and experience needed to fight against your DUI charges. We are prepared to help you protect your rights, and some of the DUI cases we have handled include;

Whether you’re a local or have come into the city for a vacation, fighting your first Atlanta DUI charges can be stressful and scary. In Georgia drunk driving is considered a priorable offense. This means that your subsequent DUI will be accompanied by harsher penalties.

You should, however, note that even though first DUIs are considered as less serious fences, they’re also susceptible to jail time and fines. Don’t risk your freedom by trying to fight these charges alone. Consult an Atlanta DUI lawyer today!

If you have been charged with prior DUI offenses, your subsequent charges will be punishable by harsher penalties and extended jail time. By seeking legal advice from our attorneys at Hines Law Firm, we will fight your charges to help you avoid these penalties or even have the charges dropped together.

The minimum drinking age is 21 years, and motorists under this age can also be charged with a DUI offense. Their penalties are, however, different, and our lawyers are knowledgeable about the best defense strategies for underage DUI charges. We understand the concerns surrounding your child being arrested and handle such cases delicately.

One of the main mistakes people make is assuming DUI charges are limited to driving under the influence of alcohol. You can also be arrested for driving under the impairment of drugs such as marijuana. If you find yourself in such a situation, don’t hesitate to reach out to an experienced Atlanta DUI lawyer.

The sad reality is that DUI-related accidents and injuries are fairly common in Atlanta. If you’re charged with causing an accident while driving under the influence of drugs and alcohol, you risk serious repercussions. The penalties are especially worse when the accident results in the death of the victim.

When you’re involved in a DUI accident, avoid fleeing the scene as this is illegal. Make sure you also call a lawyer immediately so that they can have enough time to investigate your charges and create a strong defense.

Georgia has a 30-day period for drivers to save their driving privileges if their licenses have been suspended due to a DUI. You have to request an ALS hearing with the Georgia Department of Drivers Services. This will cost you $150.

If you don’t file for a hearing within this time frame, your license could be suspended for up to 12 months. For out-of-state drivers, their licenses are suspended within the state, but this could also impact their driving privileges in their home state, depending on the laws.

The alternative is having your vehicle fitted with an ignition interlock device. You, however, shouldn’t have to choose this option without first seeking legal help from an Atlanta DUI lawyer.

OUR TOP DEFENSE STRATEGIES AGAINST YOUR ATLANTA DUI CHARGE

Atlanta DUI charges require specialized knowledge of the laws and the ability to turn these insights and information into a successful defense strategy. We have defended multiple DUI cases and are committed to ensuring that our client’s rights are upheld.

In Atlanta, it’s the duty of the prosecution to prove beyond reasonable doubt that you’re guilty. This makes getting a conviction relatively tough, especially when you have a seasoned Atalanta DUI attorney by your side.

Even though every DUI case is unique, here are our top defense strategies that we’ll use to fight your charge.

The Arrest Process Was Unlawful

It’s illegal for law enforcement to stop your vehicle randomly. There needs to be reasonable suspicion of wrongdoing, and the officers must have a legitimate reason to pull you over. This could be due to speeding, stop sign violations, aggressive driving, weaving within lanes; basically all forms of negligent or careless driving.

If your DUI charge is based on an illegal stop, then your rights have been violated, and you need to consult an attorney immediately. You should note that this doesn’t apply to roadblocks as they are the exception to the 4th amendment. We can, however, challenge the legality of the said roadblock.

Incorrect Calibration of the Breathalyzer

Breathalyzers are tools used to test your blood alcohol concentration. These kits are highly sensitive and must be well-calibrated and properly maintained & stored to produce reliable results.

If your test was administered with an improperly calibrated breathalyzer, then the results can’t be trusted. We will investigate the condition of the instrument at the time of use and use the findings to challenge your charges.

Incorrect administration of the Breath Tests

There are instances where law enforcement officers take shortcuts and administer breath tests wrongly. Ordinarily, they should follow a specific process, and if they deviate from it, we will find out.

For instance, the officer that administered the breath test should be properly trained. The breath sample should be from your lungs as opposed to the air in your mouth and should be large enough for a test.

There are several factors that can impact the accuracy of your breathalyzer tests, including the meal you had and some medications. When you reach out to our attorneys, make sure you highlight all the potential factors that could have affected your results.

Law enforcement uses field sobriety tests to assess your alertness and sense of balance when you’re pulled over. The results of these tests are, however, very subjective, which makes them easy to dispute. There are also instances where the officers fail to conduct the field tests properly.

Most people underestimate the seriousness of a DUI conviction and end up suffering the tough consequences. You should contact an Atlanta DUI lawyer as soon as you’re arrested, as this will give them enough time to investigate your case and identify a successful defense strategy.

Have you or a loved one been charged with a DUI in Atlanta? Contact our skilled attorneys today or call us on (770)790-5216 for a case evaluation. 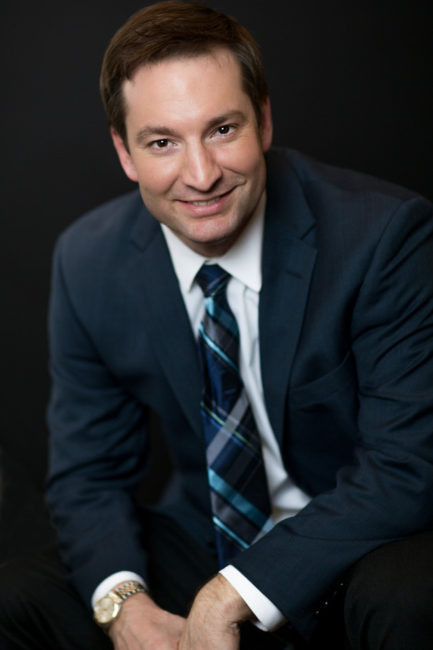