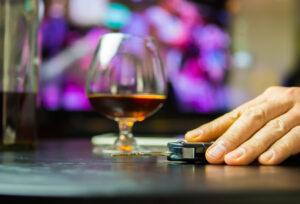 We come together as family and friends over the holidays to celebrate, more importantly, the milestones but sometimes mourn the losses together. During such seasons, we also tend to travel long distances to visit loved ones and share the spirit of giving.

Sadly, the holidays tag along with them an ugly reality across the world, the upswing in alcohol consumption come Christmas and New Year’s. Studies indicate that Americans are 69 percent more likely to drink one too many for the road than they would at other times of the year.

After all, in Atlanta, drinking a little more in the holiday spirit is not a bad idea, right? Wrong… it is such a poor decision, more so when you have to get behind the wheel. Do not extend your merrymaking on the road because one of the best ways to ruin your holiday cheer is on suspicion of DUI.

Thanks to DUI statistics, cops in Atlanta can now accurately predict which holidays will have an increased risk of drunk driving, which means they will be actively vigilant during these times.

The Atlanta Police department is hyper-vigilant and is observing a maximum enforcement period, so you might not be lucky enough to get away with a DUI. The following are the major DUI violations that the cops will be looking in Atlanta and surrounding areas.

I.  Under the Influence

You violate the DUI laws if you are considered “under the influence. In this case, an officer or district attorney has to prove that you were driving after having consumed drugs, alcohol or a combination and that you were not in a position to drive your vehicle safely.

You may be charged with a DUI offense even when your blood alcohol content (BAC)is below 0.08. This occurs when your field sobriety or driving tests reasonably indicate that you are physically or mentally impaired due to alcohol or substance abuse.

The other way you can violate the DUI law is if your BAC is 0.08 or more. Here you take a chemical test (by blood or breath) to determine your blood alcohol content, and it gives rise to a fancy legal phrase known as a rebuttable presumption.

Well, if your BAC is 0.08 or higher, it spells trouble for your case. More trouble than merely missing time with your loved ones and spending Christmas or New Year behind bars. The higher your BAC, the more severe your penalties may be and that multiple convictions attract harsher sentences.

The Penalties of a DUI Conviction

Possible sentences or penalties if you are convicted of a DUI offense include the following:
A conviction for a:

i.    First Time DUI Offense– (Without causing loss of life, serious injury or an accident) is regarded as a misdemeanor and attracts the following sentences: –

ii  Second Time DUI Offense– (Without causing loss of life, serious injury or an accident) is regarded as a misdemeanor and attracts the following sentences: –

It is Not a Lost Cause: Time to Call a Lawyer

If you had too many for the road at a holiday party, and as you were driving, they caught you, no need to fret yet; it’s not the end of the road. It is worth all the effort to fight your case in court especially with a veteran DUI lawyer.

While you may already know sobriety as the major defense to a DUI charge, it is by no means the only available defense. There are several other defenses that you can summon to your aide even when you are sure that you were drunk at the time of arrest.

And in case you didn’t know, the prosecutor requires sufficient admissible evidence to prove your guilt beyond a reasonable doubt. From a faulty Alcotest calibration to an unlawful traffic stop, there are numerous ways to challenge even a watertight case. Have a look at the following reasons why you should consider calling in an expert DUI attorney to get you out of the legal jeopardy.

While the prosecutor relies on the accuracy of the evidence brought against you, a qualified attorney can wisely hinge a good defense on faulty breathalyzer tests or rising blood alcohol content to win you the case.

Most people take DUI offenses lightly, but they can mess you up big time. It’s better to never drink or use drugs and drive. Nevertheless, don’t let a DUI conviction ruin your holidays.
If you or someone you know has been arrested for DUI, consider contacting legal experts and seasoned DUI lawyers at the Law Offices of Mathew C. Hines in Atlanta and surrounding areas throughout Georgia.
For more information on Holiday DUI’s and when to call an attorney, feel free to Contact Us today, and we will be more than willing to assist.