Hines Law. Committed To Serving Our Clients And Providing The Best Representation Possible

Find Out How Much Your Case Might be Worth

As a Senior Associate for Hines Law, Attorney Frederick R. Mann Jr. serves as a dedicated client advocate and expert in the legal field. With more than four decades of experience, Mr. Mann is a valued member of the Hines Law team and a pillar of the Atlanta legal community.

Professional Excellence For More Than 40 Years As Criminal Law Attorney

In January of 1978, Mr. Mann was admitted to the State Bar of Georgia. He began his career at the Atlanta-based firm of Fisher and Phillips, concurrently studying for the Florida State Bar Exam. He passed the Florida Bar Exam on his first sitting in 1979, continuing his pattern of excellence.

After his wife graduated from Mercer’s Pharmacy School in 1979, together they returned to their home state of Florida. In July of that year, Mr. Mann began serving as Assistant State Attorney under Janet Reno in Miami-Dade County. Soon after, he began working for the Miami-Dade State Attorney, remaining there until October of 1982. As a State Prosecutor, Mr. Mann gained extensive courtroom experience in serious criminal law jury trials, garnering respect for his steady command of the law, professionalism, and unshakeable personal character.

In 1982, Ms. Reno selected Mr. Mann to serve as one of two Assistant State Attorneys on a Joint State-Federal Homicide Task Force, where he worked closely with defendants that included undocumented entrants and Cubans who arrived in the U.S. during the Mariel boatlift. In October of the same year, Mr. Mann began working as a federal prosecutor under the Honorable Stanley Marcus. From 1982 to 1988, he served with distinction, prosecuting a number of high-profile cases.

In June of 1988, Mr. Mann ran for Circuit Court in a county-wide race, winning the primary but narrowly losing in an intense runoff race. Later that year, he decided to enter private practice, providing private attorney services to Miami residents for 16 years. During his time as a private attorney, Mr. Mann successfully pursued Florida Bar Board Certification as a Criminal Trial Attorney in 1994, 1999, and 2004.

One of his many career milestones during this period was achieving an AV rating from the Martindale-Hubbell Directory in 1994, the directory’s highest possible rating and one he’s held consistently since then. After teaching at Barry University School of Law as an adjunct professor in 2004, Mr. Mann resolved upwards of 7,000 cases as an Assistant Public Defender in Panama City, Florida.

Providing Clients With Unparalleled Expertise And Perseverance At Hines Law

In early 2018, Mr. Mann and his family relocated to the Atlanta area, where he became an integral part of the team at Hines Law. Today, he currently resides in Chamblee, Georgia with his wife of more than 40 years, with whom he shares three adult daughters.

Earning Academic And Professional Honors As A Dedicated Law Student

During his time at the University of Florida Fredric Levin College of Law, Mr. Mann quickly established himself as a bright, hard-working law student. He was invited to participate in the University of Florida’s Law Review, and his Case Comment on prescription drug advertising bans was honored with the George Milam Award for the quarter’s Best Case Comment in 1977. That same year, Mr. Mann was permitted to take the Georgia Bar Exam early as an eighth quarter law student, successfully passing the exam in his very first sitting.

The tireless dedication, integrity, and expertise Mr. Mann demonstrated as a law student served as a valuable foundation for his professional entry into the legal field as a practicing attorney in 1978.

A Longtime Part Of The Southern Community

As a third generation Floridian, Mr. Mann’s roots run deep in the South’s Sunshine State. He was born in Coral Gables, grew up in the Miami area, and was honored as the designated class salutatorian in his 1970 graduating class at LaSalle High School in Miami. Graduating in the top three students in his class was an early demonstration of his dedication and willingness to work hard; character traits that would later bring him academic success in his studies at Dartmouth College in Hanover, New Hampshire.

While at Dartmouth, Mr. Mann elected to study Spanish, studying abroad in Mexico, Spain, and even Germany. Several academic quarters spent in international locations such as Salamanca, Bavaria, and Mexico City helped him build valuable life experience and an appreciation for various cultures and languages. 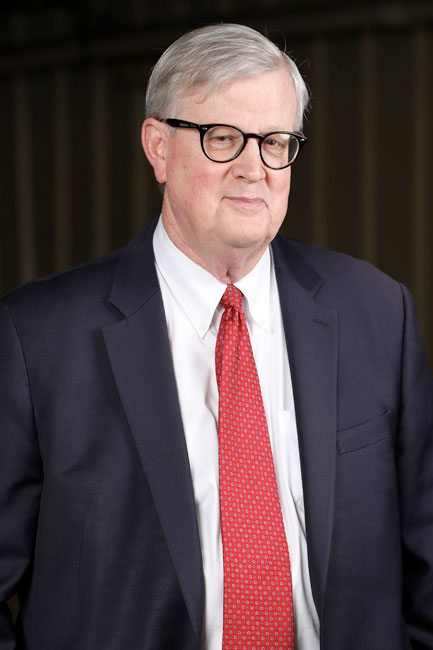