Be Prepared in Tough Situations

Remember the time we had that one winter storm when commuters, schools and businesses were all let out at the same time, causing gridlock? Some people even had to abandon their cars or sleep in them overnight.

If you live in Cobb County, Gwinnett, or any of the large cities around Atlanta, you are most likely aware of problems associated with heavy traffic congestion during emergency situations. Getting stuck on GA 400 or I-285 is nothing new. Getting stuck in traffic during inclement weather or times of turmoil can really bring out the hysteria on our GA roads. While you may already know that heavy traffic congestion is stressful, you may not be aware that it can have side effects to our health, safety, career, and personal life. Thankfully, there are a number of handy apps to helpfully get you through it all.

Arrive to Your Destination on Time Thanks to Waze

Ever hard of Waze? It’s a navigation app very similar to Google Maps where local commuters like you report Atlanta traffic accidents, sudden traffic jam-ups and more as they happen. Waze has a very handy feature where you can actually plan your commute ahead of time. You simply put in your address and tell Waze what time you plan to get there. Waze will then send you notifications letting you know when it’s time to leave your home, all the while taking into consideration any sudden traffic jam situations- all in real time.

Don’t Run Out of Gas Thanks to GasBuddy 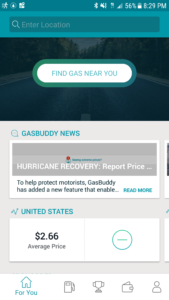 It’s never a good idea to drive around anywhere with a quarter tank of gas or less. When your sitting in traffic, the situation could get more critical. Thanks to a handy app called “GasBuddy,” you can now not only find where the nearest gas station is, but how much it’s going for as well. Thanks to the busy hurricane season, the app has seen a massive increase in downloads.

Even better, the app’s newest feature called the Gas Availability Tracker, allows commuters to find stations that still have fuel for those desperate times of fuel shortages. This app should be a no-brainer for any Atlanta commuter.

“We estimate that GasBuddy has been downloaded approximately half a million times in the U.S. across the App Store and Google Play since hurricane Harvey made landfall on August 25,” says Sensor Tower CEO Oliver Yeh. “That is an increase of about 420% over the preceding 14 day period.”

Use Zello For Cell Service Disruptions 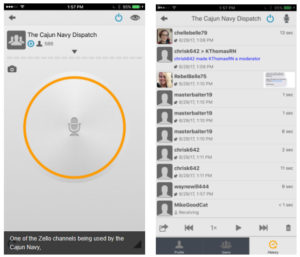 GasBuddy isn’t the only app to gain notoriety in the wake of Harvey and, now, Hurricane Irma. Zello, a walkie-talkie app, has been sitting in the top spot in the U.S App Store, after it took a central role in rescue efforts in Texas.

This app has been a key resource for the Cajun Navy and other rescue groups. With phone lines jammed and cell service not reliable in the days immediately following Harvey, these groups used Zello to organize their rescue efforts.

Even for those not on the ground in Texas, the app proved to be an important resource as remote volunteers could use the app to pitch in as dispatchers and help organize the seemingly never-ending flow of chatter. Bottom line is, it’s never a good idea to be %100 dependent on anything. When everyone is calling at the same time, your service could be disrupted. Download this app and make sure all your loved ones have it installed as well.

When the unfortunate DOES happen, it’s important to know what to do right away and always understand that time is of the essence. Keep our number ( (770) 941-0913) in your phone book and let us help you get the best kind of representation out there.

What Apps Do You Use?

Did we leave any important apps out? Comment below and let us know what apps you rely on when the unexpected happens.