5 Most Common Violent Crimes in Atlanta 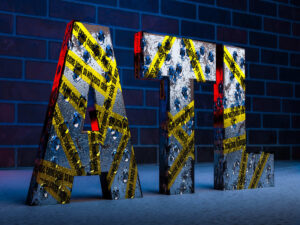 In Atlanta and throughout the U.S., violent crimes are those that involve force or a threat of force. In 2019 alone, there were over 1.2 million violent crimes reported around the country. What this means is that every single year, many people find that they have been accused or even charged with a violent crime.

At Hines Law, our legal team in Atlanta is ready to help protect the rights of anyone who finds themselves in these situations. Our experienced violent crime attorneys understand the challenges these charges present and will be your aggressive advocates throughout the legal process.

It’s also helpful to learn about some of the most common violent crimes that occur in the Atlanta area. Keep reading to learn more.

Cases of aggravated assault are any time someone attempts to cause serious bodily harm to someone else without any regard for human life. Crimes that involve any type of physical attack are typically referred to as assault, battery, or assault and battery.

You can be charged with two types of assault, simple and aggravated. The charge you will face depends on the severity of the harm that is done. Cases that need a aggravated assault lawyer in Atlanta are felonies that occur when a weapon is used or if there is the intention of committing some type of serious crime. Some examples of cases that would be considered aggravated assault include the following:

Robbery occurs when you take someone else’s property by threat of force. Usually, robbery means that someone took property or money with the intention of keeping it, without consent from the owner of the property, or by using intimidation or force.

The main difference between theft and robbery is that robbery means you take property from someone directly. The most common type of robbery that occurs today in Atlanta is those that occur in alleys or on public streets.

Criminal battery is a type of physical activity that is caused by offensive or harmful contact with someone else without their consent. Cases of the battery will turn into aggravated battery if the situation involves any type of serious bodily injury or someone using a dangerous weapon. Some of the types of injuries that may result in an aggravated battery charge include the loss of a body part, scarring, injuries that require extensive sutures, broken bones, surgery, or a coma.

There are also manslaughter charges, which is a third-degree murder charge. While manslaughter is also under the homicide umbrella, it involves the unintentional killing of someone else. Because of the intent behind these types of crimes, they are not treated as severely as a murder charge.

Manslaughter can be either voluntary or involuntary. Voluntary cases of manslaughter occur when a person kills someone else with no premeditation. Usually, they are crimes that occur in the “heat of passion.” While the intent was to harm or kill someone, it was not premeditated.

With involuntary manslaughter, a person is killed by actions that disregard another person’s life. While there’s no premeditation or intent to kill someone, death still occurs. Examples include discharging a firearm, abusing or using drugs, and texting and driving.

If you are facing a charge of a violent crime, our legal team at Hines Law is ready to help. We can review the facts of your case and work to build a defense for your situation. We will aggressively fight for your rights and provide advice and guidance through the entire legal process. Contact our criminal defense lawyers in Atlanta today.

Can You Keep Your License After Being Arrested for DUI?